From May 2016 through Jan. 2020, I served as first the Digital Media Coordinator, and later the Communications & Marketing Manager, at Texas Tech University Health Sciences Center’s regional campus in Amarillo. I moderated and created content for the social media presences of TTUHSC-Amarillo, TTUHSC-Abilene, the School of Pharmacy, and others.

I also managed and occasionally wrote stories for the The Beat monthly e-newsletter.

Examples of my social media work and writing samples can be found below. 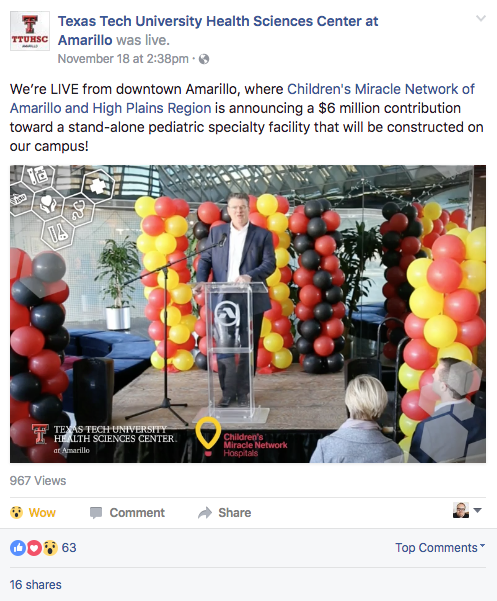 © 2018 Kelly Podzemny. All rights reserved. Content is my own unless otherwise noted.